These days, it's almost always essential for you to take your phone or other portable devices whenever you take a trip away from your home country so that you keep you in touch with your family. If you love social media, it's going to be a vital part of your packing too when updating your status and sharing photos!

Reading this article will give you an insight into choosing a great camera with exceptional battery life.

The four categories below cover all the essential elements for selecting a great phone.

These days, whenever you take a trip away from your home country, it's nearly always vital that you take a good phone with you, so you can keep in contact with family, friends and relatives easily.

In general terms, there are two key elements to a good phone; a great camera and exceptional battery life.

To make it simple for you, I have split this article into four categories:

So who will win? Apple and their iPhone with Samsung a close second, or the other way around? Read on to find out...

Not that long ago, it was impossible for anyone to take their portable device with them while traveling. With the type of devices being produced and the speed with which technology moves on, you can easily take any type of portable device with you, no matter where you go.

The major problem that exists for someone traveling abroad is which is the best phone for international travel? Every smartphone to some extent has advantages and disadvantages, so a holidaymaker needs one with some ultimate features.

1. Basic features of the purchase

The key features that you should consider when buying a new smartphone for your trip are:

Most smartphones have poor batteries - if the phone is used 6-7 hours straight, the battery dies. With that in mind, a phone with a battery which holds its charge is going to be your best option. Inadequate batteries make it almost impossible to use the phone properly, especially if you’re using maps and, will result in complications for the traveler.

If you intend to buy a new smartphone today, the chances are that it will run either Google Android or Apple iOS. If you're not tech savvy, an operating system is simple the software that provides the basic functions for the phone.  Both of these smartphone operating systems are excellent. More than 99 percent of smartphone users have Android or iOS,  but others include Windows Phone by Microsoft.

They have more features in common, but some crucial differences must be considered. We're going to compare iOS and Android across several categories. So, read through everything then pick the things that matter to you the most, then add up the advantages in those categories to get the best recommendation for you.

Due to the high cost of the iPhone, many people avoid buying it. The alternative - Android phones - are cheap and readily available. With their low price tag and accessibility, I think the result speaks for itself.

Android's Play store consists of some 2.1 million apps, with the iOS store  a close second with 2.0 million. The major difference between the two is that the best games and apps are typically available in the iOS app store first while developers across the world are targeting Android too. However, in most places around the world, quality beats quantity every time. So, iOS is undoubtedly the front-runner in this area.

As one of the biggest bugbears for smartphone owners, battery life is a huge factor. In this regard, Android displays the total estimated remaining battery life and iOS is optimized to squeeze most out of this rating.

A clear-cut review of this section shows that Android phones tend to have longer battery life, so Android takes the win.

The third thing to consider is, “Does the phone support WiFi or not?” When traveling abroad, if you want to access the internet it is necessary to choose a phone which supports WiFi.

WiFi is the cheapest and most economical way of connecting with people around the world. Sometimes it's not possible to access WiFi, but there is another option of switching to internet Data Mode but, it is expensive in comparison.

If you need a good camera

The Fourth-most vital thing to consider when buying a phone is whether it has a good camera.

As we know, anyone visiting another country likes to take pictures of the places they have visited, so, it is a worthwhile buying a cell phone which has an excellent camera.

For traveling purposes, buying the best smartphone is always a difficult choice to make. Everyone looks for a phone with first-rate facilities and features, to make their trip simpler.

Before buying any phone, battery life, camera, WiFi or data mode are just a few of the characteristics to be considered.

2. Our comparison of the best smartphones

Below are some extraordinary phones you might like to weigh up if you’re thinking about buying a smartphone for traveling purposes. There's a brief comparison between the best phones to make it easier for you to make some informed decisions. Each one has one salient feature or another. 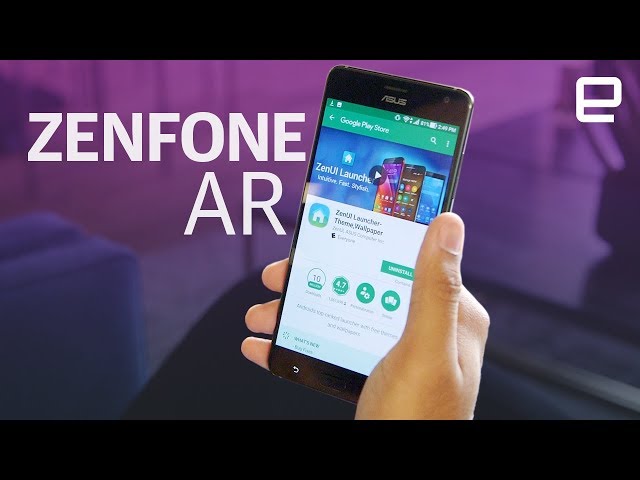 Asus ZenFone AR comes equipped with three rear cameras, a motion tracking, depth sensing, and high-resolution 23Mp camera, which enables it to create a 3D image of its surroundings.

Motion sensing cameras allow the phone to track its location as it moves through space. A depth sensing camera helps the phone to measure its distance from real-world objects. High-resolution 23Mp cameras let you view virtual objects in the real environment.

ZenFone is the world’s first smartphone with Tango and Daydream by Google. Tango is an exciting new technology that changes the way you interact with people. Daydream offers the experience of high quality, reality VR with your phone.

ZenFone brings reality experiences for you to enjoy and explore.

These are the smartphone designed and marketed by Apple Inc. The generation of iPhone XS is current on its twelfth release which was rolled out to the public in September 2018.

Source of the table: https://www.cnet.com/news/iphone-xs-specs-max-xr-compared-x-whats-new-and-different-all-features-2018-lcd-colors-no-home-button/

The Samsung S8 and Galaxy S8 are Android smartphones produced by Samsung Electronics as part of the Samsung Galaxy S series.

With an Android 7.0 operating system, memory of 4 or 6 GB, and a high-resolution camera of 12Mp and front camera with 8Mp, the S8 and S8+ were in high demand on their release. During the pre-order period, a record one million units were secured in South Korea, and overall sales numbers were 30% higher than the Galaxy S7.

Samsung Galaxy Note 8 consists of a polished aluminum body with gorilla glass 5 at the back and front, IP68 certified to be dust and waterproof.

This smartphone is really very interesting. Look at this nice review video. 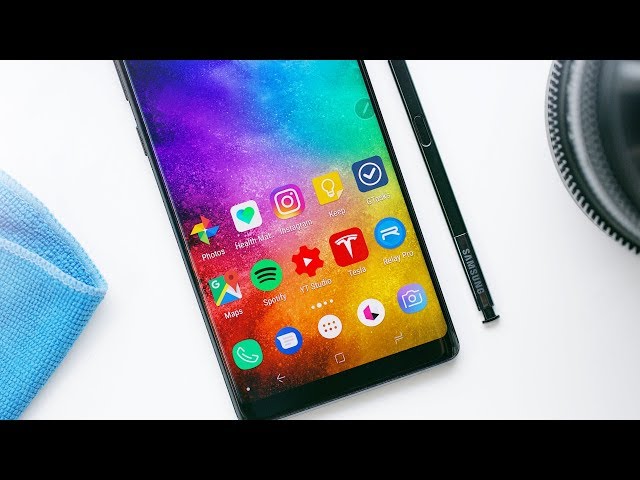 It supports 6GB RAM and 64GB of storage. Likewise, it can take SD cards up to 256GB. With a battery life of approximately 3,300 mAh, the Samsung Note 8 is the among the most versatile smartphones of today. 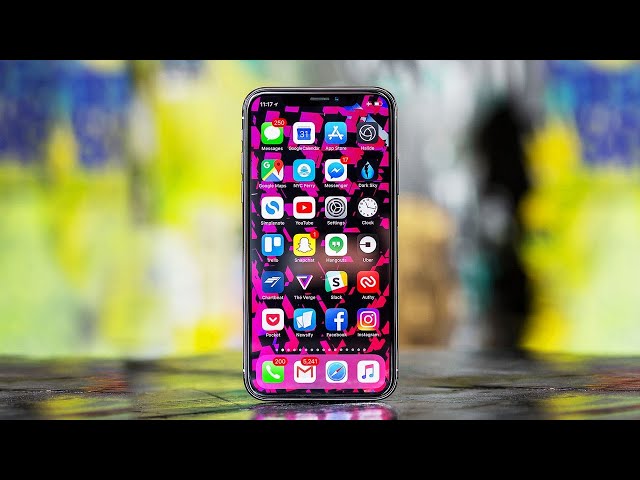 Beautiful preview of the iPhone X from The Verge

iPhone X is still selling smartphones so you won't miss out on the opportunity to grab one in the sales. If not, another excellent value for money deal is the iPhone XR.

The most impressive of these is Face ID which replaces touch ID. The iPhone X has two color options, Silver, and Space Gray. The front and back of the phone are composed of surgical-grade stainless steel to improve durability.

The back has a glass slab over the aluminum to enable wireless charging. The design is intended to be IP67 water and dust resistant.

The Huawei P10. It is an Android smartphone produced by Huawei. It was released in February 2017 and is the successor to the Huawei P9.

The last in our category of 'the best smartphone camera' is the Sony Xperia XZ. 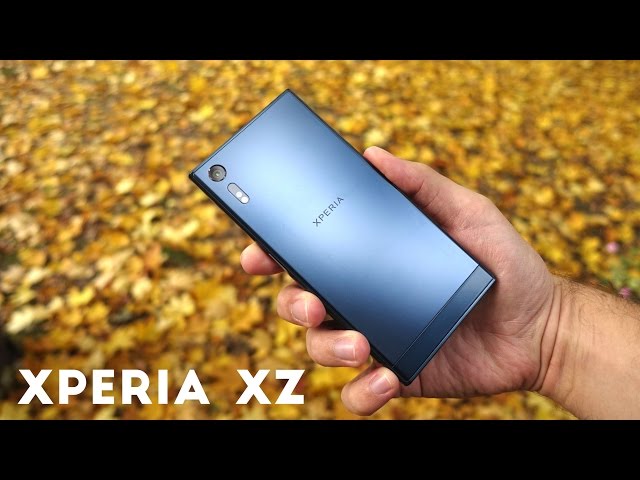 Interesting view on the Sony XZ from TechAltar channel on Youtube.

Sony offers very nice smartphones, and my opinion they also have, after the iPhone, the best phone design. The price is about $400, but be sure to check out the exact price on Amazon.

This phone comes with a high definition HD display of 5.4 inches with 1080×1920p resolution. It contains 3GB RAM and vast storage of 64GB with a 1.6 GHz quad-core processor. Front and back cameras are also standard with this phone at 23Mp 13Mp respectively. It supports Android 6.0 and has a 2900mAh battery life. And, of course, which is typical for Sony products, it comes with high-end waterproof technology as standard.

This would be my second tip after the iPhone.

3. Waterproof smartphones - "the best of"    category

Holidaymakers are always in need of a waterproof smartphone as they travel to places around the world, and sometimes even need them to be able to work underwater too. Below are some inspiring water-resistant options that are most suited for traveling purposes:  Samsung Galaxy 8 and 8 Plus, Sony Xperia XZ premium, LG G6, Galaxy S7 Edge, and S7.

When a smartphone is your favorite

There are plenty of reasons to take a smartphone along with you on your trip. In fact, for travelers who aren’t trying to work on the road, it could be the only device you need. While rarely best at anything, smartphones are fine for many tasks that used to require separate gadgets. When you’re trying to reduce space, weight, and cost, that’s a significant benefit.

The tablet may not be as versatile as a laptop in the functionality department, but it is significantly better than a smartphone. Tablets have larger displays that give you more space to get real work done. In fact, with larger tablets the screen is on par with some of the smaller laptops, allowing you to get more done.

Of course, the virtual keyboard uses up half the display, so you have less screen available when you’re actually working. Regardless, though, tablets beat smartphones when it comes to productivity.

A tablet sits somewhere between the smartphone and laptop in most areas, and flexibility is no exception. In many ways, a tablet can fill the role of a laptop and perform most, if not all, of the same functions. However, the tablet has the added benefit of versatility. Most can take photos, or shoot videos in addition to allowing video chats and conferencing.

They also work nicely as an e-reader (or in some cases, the e-reader has evolved into a tablet) for accessing an entire library of books on the go. Some of these things are technically possible, but ridiculous in a practical sense with a notebook.

Most tablets have a battery life that is far better than any laptop. Although steadily improving in the longevity department, most laptops would still struggle to make it through a full working day, and many won’t make it to lunch. Tablets, on the other hand, seem to last forever even when pushed to the limit.

Size is an issue. Even the smaller 7-8″ versions won’t really fit in your pocket unless you’re wearing a large jacket. They’re also heavier than smartphones, especially if you have a full-size tablet.

Taking photos with tablets is, quite frankly, a horrible idea. Their size and bulk make them hard to hold steady, and that’s before the cover starts flapping around!

Screens are hard to see in direct sunlight, and since it’s rare for people to use strong cases with tablets, it’s easy to damage or drown them. Plus, let’s face it, you look pretty silly doing it.